Home Youth BC Winter and BC Summer Games: Exceptional Experiences and Youth Development through... 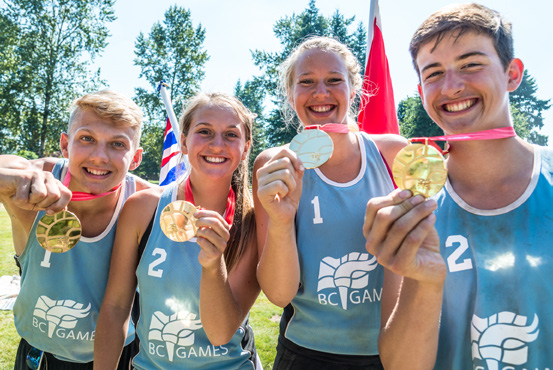 For the past 40 years the BC Games Society has delivered exceptional experiences through sport, championing a movement that ignites a passion for sport and physical activity in young athletes and our communities. The BC Winter and BC Summer Games have brought together thousands of British Columbians for the experience of a lifetime where memories, friendships, spirit, and pride are abundant.

Founded in 1978 by Premier W.R. Bennett, the BC Winter and BC Summer Games were created as an opportunity to “bring all parts of B.C. together, large and small communities, in the spirit of sport and friendship.” This celebration and uniting of the province has been the foundation of the Games that have now been staged 60 times in 38 different host communities.

Children across the province become involved in sport through schools, recreation or club activities learning fundamentals and growing a love for sport and physical activity. When young athletes progress to the introductory levels of competitive sport, the BC Games provide an opportunity to compete at a provincial level in a multi-sport event.

The BC Games focus on youth development through sport was a fundamental shift in approach from the original mandate of a participation event for all ages. By targeting youth and providing a valuable competitive opportunity for young athletes, the BC Games have become a key step in the athlete development pathway and part of the Sport for Life movement. BC Games athletes are an average of 14-years-old but range in age from 10-18 years depending on the sport. Athletes with a disability compete in select sports and youth are also involved as coaches and officials through mentorship programs offered by their Provincial Sport Organizations.

“I have seen the benefits of the Games for young athletes in Kamloops who train throughout the year for the chance to represent our community at the BC Games. They come home with a tremendous sense of pride of accomplishment and motivation to take on the next challenge,” said Byron McCorkell, City of Kamloops Director of Parks, Recreation & Cultural Services and the Past Chair of the BC Games Society. “As the upcoming host of the 2018 BC Winter Games, we are taking advantage of the opportunity to provide additional physical literacy programming to ensure young children learn about the Games and the great experiences they can have by becoming involved in sport.”

The BC Games experience for a young athlete may provide the motivation to pursue sport to higher levels such as competing for Team BC at the Canada Games or ultimately representing Team Canada at the Olympic or Paralympic Games. Mission BC’s Brent Hayden was involved in many sports as a child but swimming was always an important part of his life. In grade three, each student in Brent’s class was asked to stand up and state what they wanted to be when they grew up and he said “I want to swim in the Olympics!” After a trip to the 1998 BC Summer Games, Brent made the full commitment to swimming and went on to three Olympics including winning a historic bronze medal at the 2012 Olympic Summer Games in London.

“The BC Summer Games was the point in my development when I realized that I had the potential to go further. It was soon after that that I decided to switch from being a summer swimmer to training all year round. It is clear that I wouldn't have noticed my own potential without the BC Summer Games.”

At the 2012 BC Summer Games, 14 year old Chanell Botsis of Coquitlam won three gold medals in athletics and was chosen as the recipient of the W.R. Bennett Award for her sport achievement and commitment to education and leadership. She continued to have outstanding results throughout high school and represented Team BC at the 2017 Canada Summer Games in Winnipeg winning a silver medal in hammer throw. Now in her second year on an athletic scholarship at the University of Connecticut, she is studying biomedical engineering and and competing on the track and field team with dreams of representing Canada at the Olympic Games.

While achieving excellence in sport is a focus of the Games, the experience is also about building essential life skills such as teamwork, leadership, commitment, perseverance and problem solving. Children with a strong foundation in sport gain confidence, perform well academically, develop positive peer networks, and contribute back to their community.

Through a partnership with Coast Capital Savings, the BC Games Society created a bursary award program in 2014 to encourage and recognize outstanding youth leadership with 48 remarkable youth chosen as recipients since the program began. Jia Kim of Maple Ridge was recognized at the 2016 BC Summer Games where she competed in kayaking winning six medals. In addition to her dedication as an athlete, she also coaches at the Ridge Canoe and Kayak Club and is a volunteer instructor with the Sean Cadets contributing over 100 hours. This past summer she represented Team BC at the 2017 Canada Summer Games.

Jia described why she chooses to volunteer. “Volunteering has improved me in ways that are unimaginable and helped me to develop a new variety of skill sets. I love supporting an issue or objective that I care about. These experiences have led me to learn and appreciate more about the community I live in.”

Beyond the development of young athletes, coaches, and officials, the BC Games also have an impact on community youth. The Games are organized and staged by 2000-3000 volunteers and host communities embrace the chance to involve youth as volunteers. High school students have been provided with a meaningful volunteer experience, the fulfillment of school credits, and often expose youth to a career pathway of interest.

As part of the Penticton 2016 BC Winter Games, a youth leadership program was developed involving schools 35 high school students who learned public speaking skills and event coordination as they delivered BC Games Spirit Rallies and sport demonstrations to local elementary. These students also volunteered during the Games adding valuable skills and experiences.

One student in the program, Sam, struggled to attend school regularly as he has no set home and is constantly on the radar of schools as a student in need. When he was presented with his Games ambassador shirt he wore it every day partly because he was so proud, but also because he has so little. Sam is not an athlete and has never played organized sport in his life. But as many saw, his volunteer experience in the Games was literally life changing, as he grew into a confident young man and leader. For a child who has no real home, the Games connected Sam to his community in a way unlike any other experience.

“We are tremendously proud of the many athletes who have started their journey to international sport success at the BC Games,” said Kelly Mann, President and CEO of the BC Games Society. “But, for every athlete who reaches the Olympic or Paralympic podium, there are countless others who have taken their experience at the BC Games as an opportunity to pursue their dreams and goals outside of sport. Whether it is education, philanthropy, or business, we hope that tomorrow’s leaders will reflect on the inspiration and motivation they gained through the BC Games.”

2018 is the 40th anniversary of the BC Games and to mark the milestone the BC Games Society recently launched the Powering Potential Fund. There is no doubt that sport is a powerful driver for individual and community development; however, there are often significant financial barriers in its pursuit. The Powering Potential Fund will strategically invest in projects that will continue to develop youth and sport in B.C. communities. 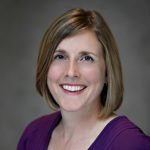 LIA THRELFALL is the Communications Manager for the BC Games Society and is passionate about the value of sport and physical activity for our children and our communities. She has managed communications strategies and media relations at 15 BC Games as well as the Canada Games and the 2010 Olympic Winter Games. A patriotic Canadian and a Games mascot collector, Lia shares her love of sport with her two active children. 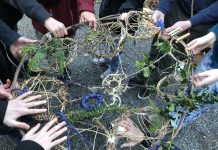 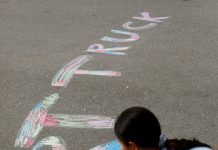 The City of Richmond’s Art Truck: The little program that could 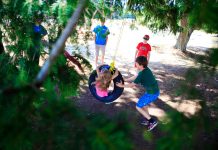 ABOUT US
This site contains stories of the innovation and impact the recreation, parks, and fitness sector has on the places we live and the people it touches. May the stories inform and inspire you to live a healthy active lifestyle… because healthy living matters!
Contact us: communications@bcrpa.bc.ca
FOLLOW US
© Site content is copyright BC Recreation and Parks Association (BCRPA).